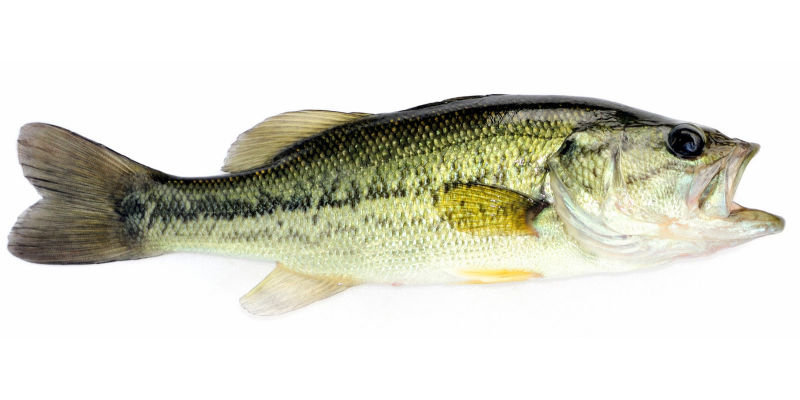 Largemouth bass grow 4 to 6 inches during their first year, 8 to 12 inches in two years, 16 inches in three years. Largemouth bass are green with dark blotches that form a horizontal stripe along the middle of the fish on either side. The underside ranges in color from light green to almost white. They have a nearly divided dorsal fin with the anterior portion containing nine spines and the posterior portion containing 12 to 13 soft rays. Their upper jaw reaches far beyond the rear margin of the eye. Except for humans, adult largemouth bass are the top predators in the aquatic ecosystem. Fry feed primarily on zooplankton and insect larvae. At about two inches in length, they become active predators. Adults feed almost exclusively on other fish and large invertebrates such as crayfish. Larger fish prey upon smaller bass.

Largemouth bass were originally distributed throughout most of what is now the United States east of the Rockies, including many rivers and lakes in Texas, with limited populations in southeastern Canada and northeastern Mexico. Because of its importance as a game fish, the species has been introduced into many other areas worldwide, including nearly all of Mexico and south into Central and South America. 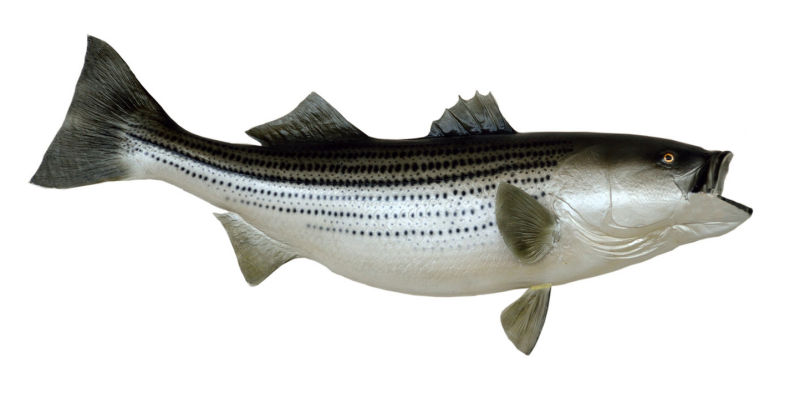 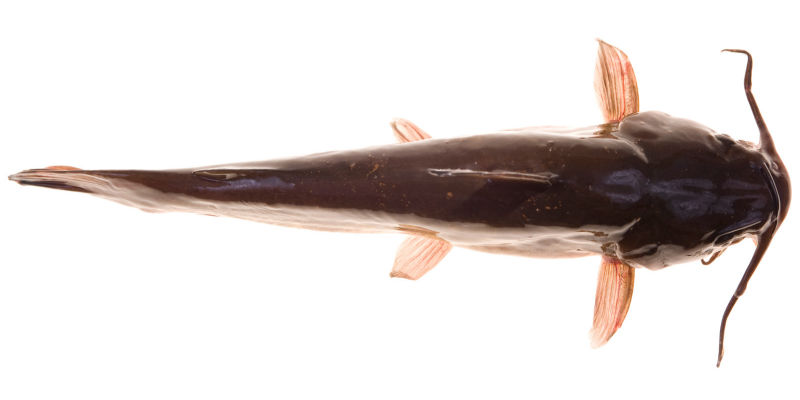 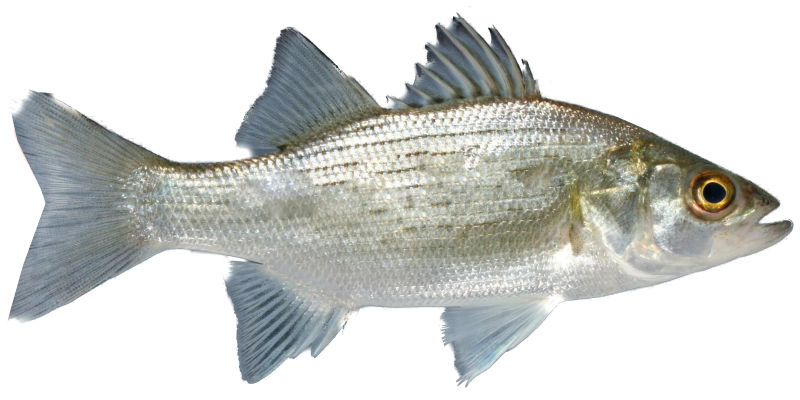 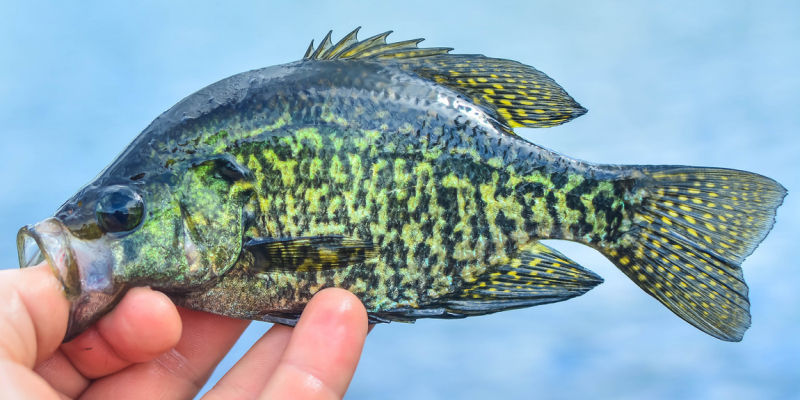 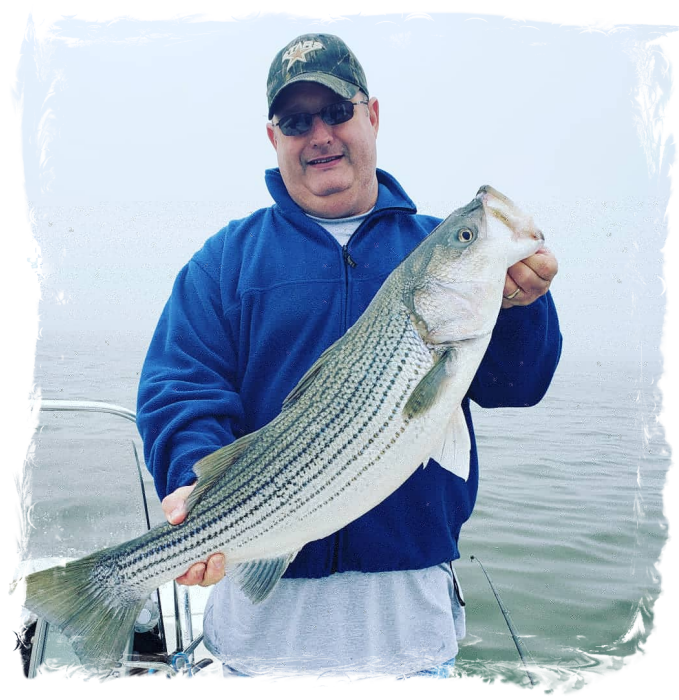 Andrea Ledbetter
02:30 26 Nov 19
Booking was quick and easy. Ron was a pleasure to have as our guide. He was so great with our 9 year old son and we caught a lot of fish!! We highly recommend Captain Marty’s Guide Service! -The Ledbetter Family

Jim Kelley
13:10 26 Oct 19
This was my first time ever to go on a guide trip. I had heard great things about Captain Marty from friends. I went with 3 other co-workers and all I can say is WOW What a Great Day it turned out to be. Captain Marty put us on the fish and if... they weren't biting he moved to keep the action going. Being on the boat with him was like fishing with your best friend. He was friendly, offered advise, told some great stories and did i mention he put us on the fish? Awesome adventure and highly recommend him and look forward to our next trip in the next month or so.read more

Mike Hagmann
21:11 20 Oct 19
Marty is the best guide on Texoma! He had us on fish quick. Good quality equipment and boat. Have hired him before and will definitely again.

Steve Jackson
16:42 14 Oct 19
We went down there this last weekend 10/12/19, our guide Donnie (I highly recommend him) was absolutely an amazing guide, he took good care of us, was knowledgeable about everything. It was an awesome experience and we will be back.

Gary Ford
18:18 13 Oct 19
My Father and I have been out with CAPT Marty four times now and each trip has been OUTSTANDING! Marty is a true professional, the service is exceptional and we always catch our limit! CAPT Marty’s Lake Texoma Fishing Guides service is highly... recommended and it has become a fun recurring family experience for us!read more

Ian Howarth
14:22 01 Oct 19
Three of us went out with Marty on Sunday. We hit our limit within an hour and then fished for fun. Marty was our guide and is extremely knowledgeable, helpful, funny and friendly. I will definitely be coming back.

Patty Cade
13:25 16 Sep 19
We had an amazing time! My husband is originally from California and owned his own charter boat. It had been several years since he had been fishing so I gave this is a birthday gift. I could not have chosen better. We had Donny as our guide and... he was great. Very personable, Johnny on the spot helpful, and just made our trip! We are definitely planning on returning.read more

John Miller
12:12 03 Sep 19
We took 10 out, 5 per boat for Sunday morning Striper fishing and true to his reputation, both boats caught a mess of fish. By the time the morning was over, the fish were cleaned, bagged and we had enough for a 15 member family, 3 generation family... fish fry times four. Said another way, enough left overs for three more fish fry's and a lot of wonderful memories with our grand kids.read more

Todd Smith
12:38 15 Aug 19
Donnie was an awesome guide and me and my son had a blast! We will definitely do it again.

Robert McDaniel
23:37 16 Jul 19
Captain Marty's guide service is the best we had Mike as our guide and he put us on some nice big fish. We will definitely come back. Thank you guys for an amazing trip.

Justin Prince
11:34 05 Jul 19
Amazing guide, we limited out within 1hr if being in the water. After that we caught for fun until the bait was empty. Thank you so much for making our family vacation a memory of a lifetime!

jedediah miller
12:48 01 Jul 19
Captain Marty was great to spend the day with! For 2/3 of our group of 6 it was their first time with a guide. He was patient and didn't yell at anyone for missing a fish. Spending the day with him is a fun way to catch a lot of fish.

RICK WILSHIRE
12:51 04 Jun 19
We had an outstanding trip. The fish were big and healthy and there was plenty of activity. Captain M J made it a totally enjoyable and great trip. Can’t wait to go again.

Som Saysana
20:12 06 May 19
We fished with Charles and he took care of us. We limited out fairly quickly and had stop fishing after a finding an abundance of them. He cleaned our fish and had alot of filets. Definitely recommend using this tandem.

rejma0415
19:17 29 Apr 19
The weather started out pretty rough, w/ whitecaps and 20+ mph winds, but Captain Marty's partner, Captain Ron, took us out to the Oklahoma side away from the brown / rusty muddy runoff water and once we were anchored, he put us on the fish all day.... Limited out on stripers w/ a 3-4 nice sized ones. My son and I had a ball and it was a very rewarding experience for a 10 year old to know he helped bring food to the table for the first time!read more

amber langlotz
18:14 23 Apr 19
Had an amazing time and had no problem catching our limit. He did a great job cleaning the fish. Also very knowledgeable about the lake and had top of the line equipment, we will book him again for sure. Thank you once again for an amazing fishing... trip for my father and I !read more

Stephanie Peery
13:29 21 Apr 19
Great experience! Captain Marty was very professional and personable. We enjoyed our trip so much we are planning to book another one soon.

Rita Garcia
03:06 10 Apr 19
Our fishing trip with Captain Marty was Exceptional. The Captain took us to a location he said the fish were going to be waiting for us and he was right. We were there for an hour we pretty much had our limit by then. We had a great experience and... plan to be back. Thanks, Tony Garciaread more
Next Reviews 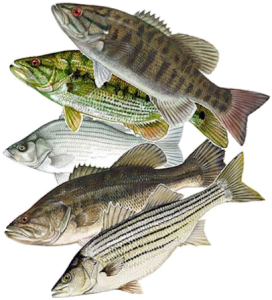